My project Cellophane painting is the next step after my early projects. Now in Cellophane painting project I use only plastic bags, cellophane cover films and no any paint or other artistic material. These plastic materials are already include the rich palette of colors and textures. Plastic  stays in ground for tens of years and hardly dissolve. It’s thousands tons of not dissolved trash lie on a huge territory of Kazakh steppe.

SOMEWHERE IN THE GREAT STEPPE 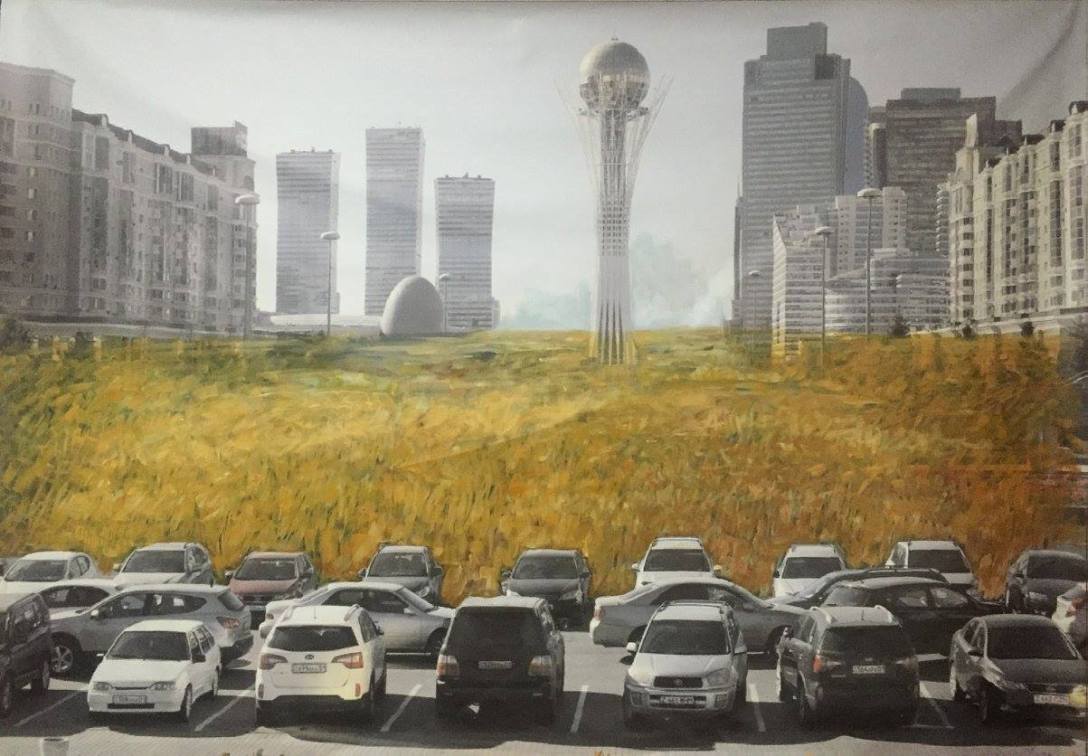 In Astana that is a newly made capital of Kazakhstan the common ideological and visual tool that is often used by authorities is to cover all the constructions and other ugly aspects of the constant and ongoing urban interventions. The state power covers it with plastic banners with the images of spectacular views of Astana or the beautiful wild nature of Kazakhstan. So one day I got the printed views of Astana 42 meters long. The materials were given to me by a local advertising company as a leftover after their PR campaign. Funny but true, not only it is quite a post modern move to cover and pretend the beauty instead of make it real, but the state failed even in the artificiality as prints had poor quality, sloppy and clearly not serving its initial function – to cover the ugliness. In that particular case they even printed it on canvas not the plastic banner as it is always done so it immediately rang the bell and gave a start to ASTANALINE project.

The idea was to paint over with the archetypal images of Kazakhs taken from archival photo sources or the steppe. Those photos were used to be later covered with current views of Astana and those that were made several years ago at the same place where the present skyscrapers are. So again, here one deals with the time, horizontal freedom of the steppe vs. vertical urbanism of contemporary cities, new identity that was partly implemented with the capitalistic state of mind – the bigger the better, luxury glassy structures as oppose to moving nomadic and naturally looking objects. The mixture of past and the present. The mixture of painting and photography. The mixture of steppe and urbanization. The mixture of archetypes and reality where it is confusing what is more artificial.

ASTANALINE is an art project that is approximately 28 meters long and it comes in 15 pieces. 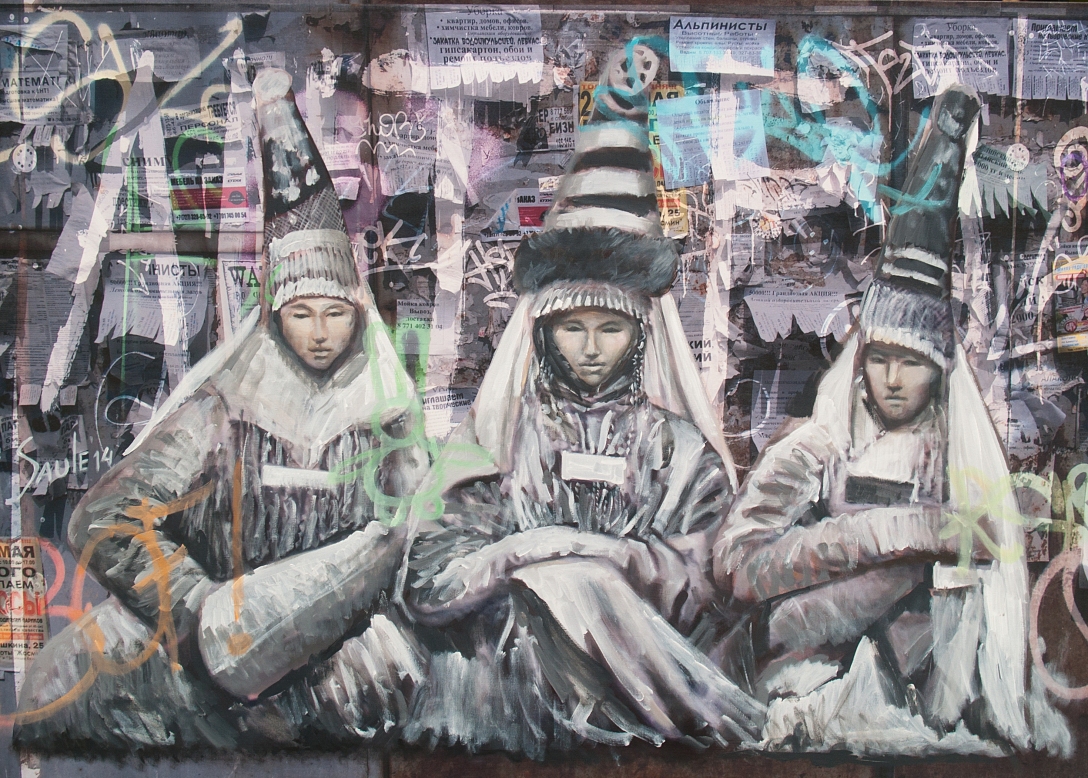